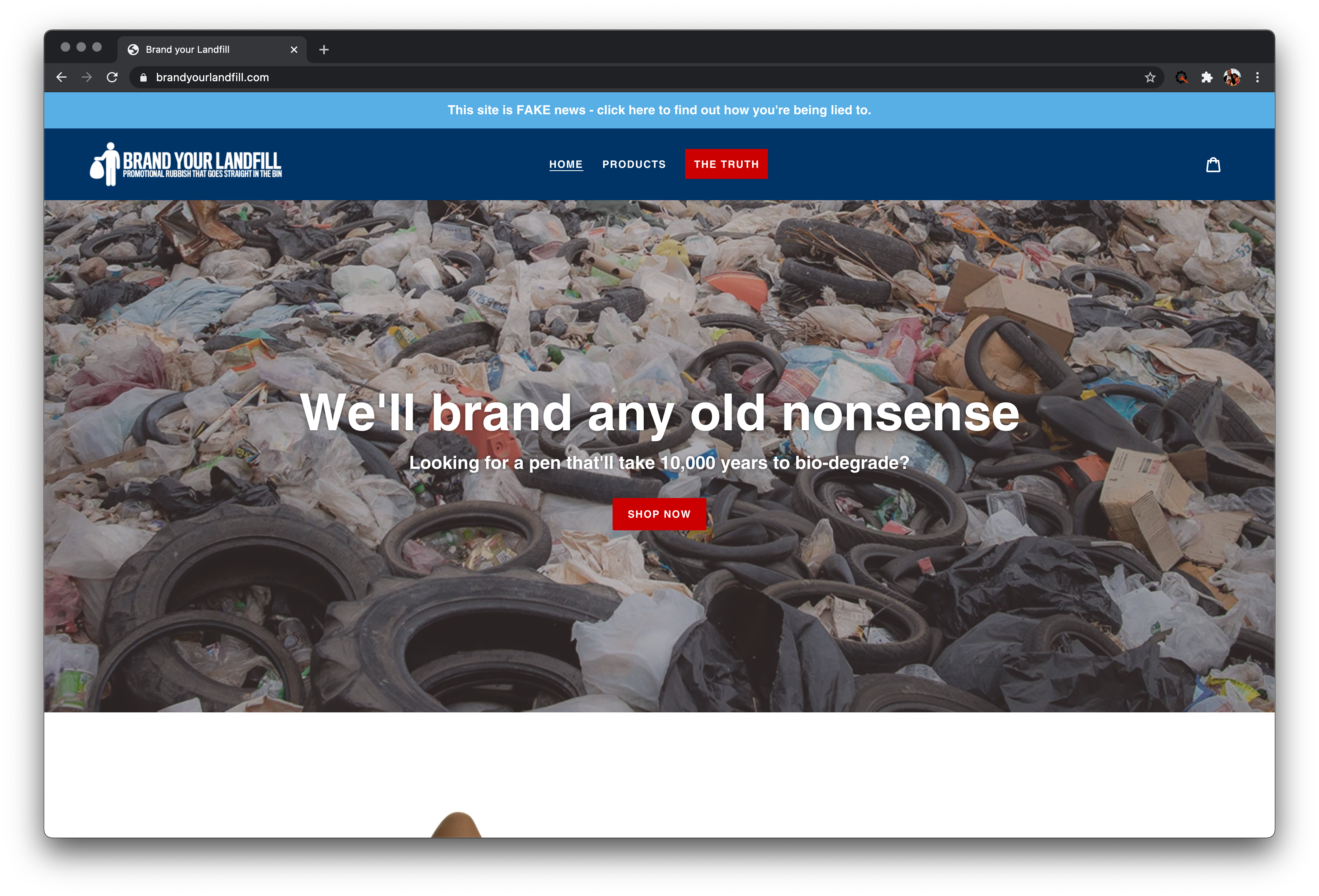 This year we attended Confex for the first time. Confex for those that are unfamiliar is an exhibition specifically for the events industry. It was the ideal place for us to talk about promotional and campaign merchandise on a mass scale. But not in the way you think…

Some areas of the events industry are a little behind the curve when it comes to sustainable campaign merchandise. A Californian study uncovered that a public event would generate 2.5lbs of waste on average, that’s per day and per person attending (dnr.wi.gov). You can quickly start to see the problem when you start multiplying that.

The Festival industry in the UK generates 23,500 tonnes of waste annually, with 68% of that going straight to landfill (powerful-thinking.org.uk). That’s just events. According to BPMA (British Promotional Merchandise Association), the promotional merchandise industry is worth £1 Billion. That’s a lot of branded pens.

And it isn’t like green merchandise isn’t a thing for buyers when it comes to wanting branded merchandise. Product Media Magazine reported that there has been a 20% increase in eco friendly freebies within this industry. Great news you might think, well not entirely.

The interest and buzz around responsible merchandise creation has meant an increase in products that claim to be sustainable or eco-friendly but are not. This is known as greenwashing. Greenwashing is when claims are made about a product to meet a consumer need, rather than actually being good for people or the environment.

This can take many forms, for example if we take a cup that is being advertised as sustainable because it is made from compostable materials. The reality is the material used and the name given doesn’t mean it’s just a case of leaving it in the garden to decompose. There is quite an intensive process it needs to go through to get it to break down. The problem is that only a few facilities exist to deal with this type of waste, so because of infrastructure challenges it is not widely available. So, even though it is promoted as being ‘eco-friendly’, you guessed it…it goes to landfill.

At Tiger Global we actually care about responsible merchandise creation because we don’t want to leave the world in a worse state for our children. That is why when we attended Confex we took the opportunity to raise awareness around greenwashing and getting potential buyers to think about the type of products they are purchasing. It was a very different message to others around and caused a little bit of twitching.

Of course, like everyone attending we were looking to find likeminded customers we could support, who wanted genuinely sustainable merchandise products. But it was also bigger than that.

We are pleased to say it didn’t go unnoticed. We achieved the stir we wanted to and Facebook approached the stand really interested in the message we were trying to promote. They even invited us to be part of their World Earth Day event. This would see Tiger Global set up with a stand in their offices in London. Near the café for maximum footfall, who doesn’t like to eat?!

The purpose was to drive awareness for employees and visitors of the damaging impact their promotional merchandise choices could have. The activation was a promotional products amnesty. Those within the building would be invited to surrender the worst promo items they had given or received, as part of the event. It was all about merchandise product accountability.

Unfortunately, we didn’t get the opportunity to do it because, you know 2020 and Facebook shut down their offices. So, we had to get our heads together on how we might be able to do something virtually.

We had a small window to create a campaign that would be impactful enough to create awareness at a time when the world was focused on the pandemic. We were up against time constraints too because we needed to be ready for World Earth Day.

It didn’t leave much time. But, out of the craziness came the idea ‘Brand your Landfill’.

It was a parody website, that highlighted everything that the industry sometimes gets wrong. If you haven’t seen it we would encourage you to check it out. It used humour to drive home the seriousness of the waste generated from promotional merch.

It got a lot of traction. BPMA approached us to be part of their Sustainability Seminars to talk around the subject. EPPI (European Promotional Products Industry) wrote an article on it.

But, most importantly it started a conversation the industry needs to have.

We are responsible for £1 Billion worth of products; we have a responsibility to be against waste merchandise.